Conservatives raised the most money in 2019 election, but lost their edge in final stretch 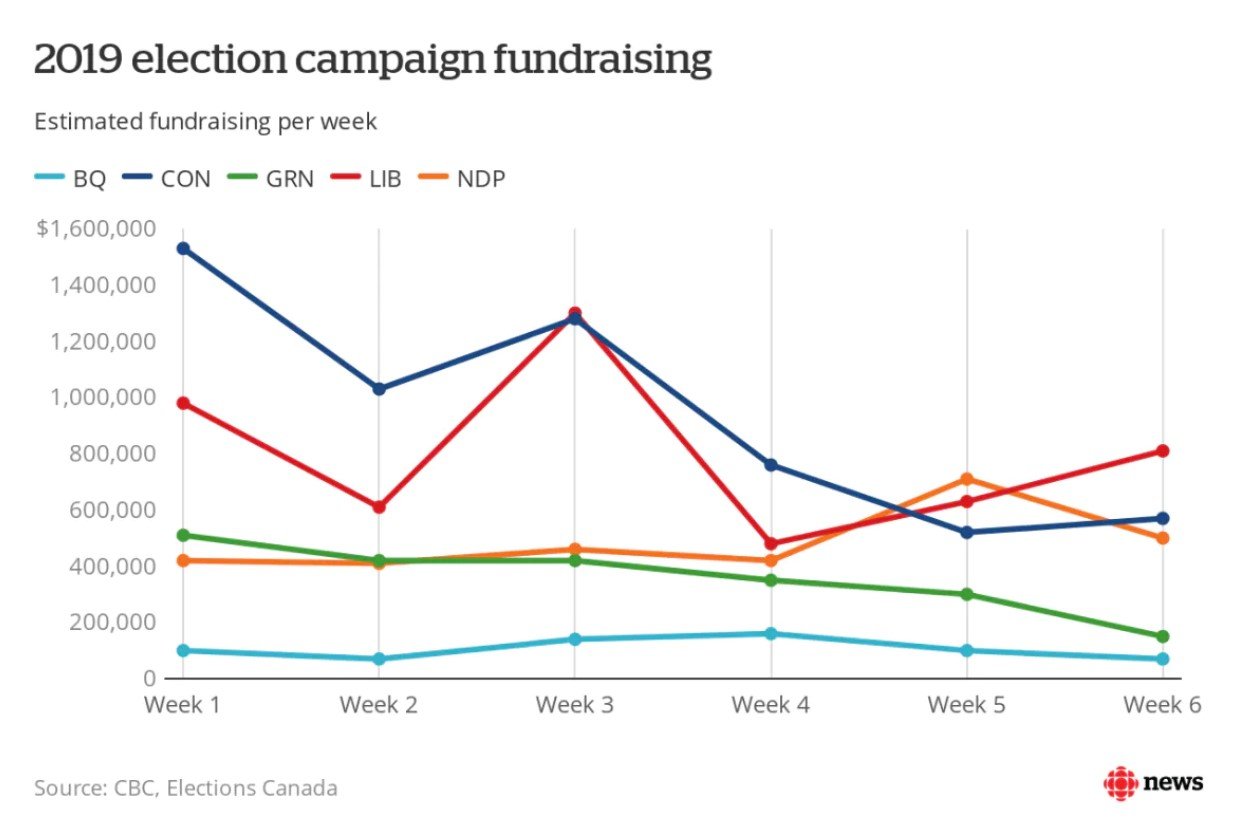 In the last 2 weeks of the campaign, both the Liberals and NDP raised more money than the Conservatives

The patterns follow much of the narrative of the campaign: a generally close race between the Liberals and Conservatives that tilted toward the Liberals by the end, and an NDP that was vying with the Greens for third place at the outset before experiencing a late boost in support.

It’s possible that the Conservatives tapped most of their donors at the beginning of the campaign, and that by the end those supporters had no more to give. Over the entire six weeks of the campaign, the Conservatives did raise the most money, taking in an estimated $5.7 million. The Liberals finished second with $4.8 million, followed by the NDP at $2.9 million and the Greens at $2.2 million.