The Commissioner of Canada Elections vs. Ezra Levant: A Faux Pas de Deux 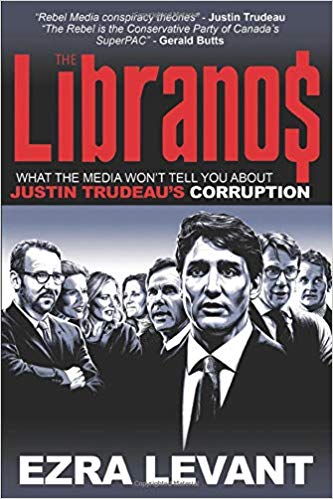 In December 2018, Parliament passed Bill C-76 into law by a vote of 257-0. A longstanding adage holds that mischief is afoot whenever laws are enacted unopposed. And so it is with the Elections Modernization Act.

The “modernization” includes more stringent requirements on what might be construed as election-period “advertising” by so-called third parties. That is to say, by any Canadian who isn’t a professional politician or lucky enough to own or write opinion pieces for a legacy news media outlet. Politicians of all stripes like to control the message, and never more so than during an election period. They don’t like pesky third parties queering their pitch with inconvenient narratives, let alone allow them to expend financial resources in the hopes their message will reach a wider audience.

So Bill C-76 severely limits what third parties can spend, and forces them into an arduous process of registration and submitting filings with Elections Canada if they spend more than $500. Unlike the previous law, the new one applies not only to the five-week campaign itself, but to the two-and-a-half-month pre-writ period. For any media outlet or politically interested organization that wishes to use its own money to get its message out, that is a rather long time.

Exceptions to the prohibitions are found in section 2(1). Subsection (a) allows editorials, debates, speeches, interviews, columns, letters, and commentary. Subsection (b) allows “the distribution of a book, or the promotion of the sale of a book, for no less than its commercial value, if the book was planned to be made available to the public regardless of whether there was to be an election.” And “of course” subsection (e) allows “the transmission by an individual, on a non-commercial basis on the Internet, of his or her personal political views.” Phew! Individuals retain their free speech rights, such as they are. But we sure wouldn’t want anyone monetizing political commentary in competition with the approved, bought-and-paid-for media exempted in ss. (a).