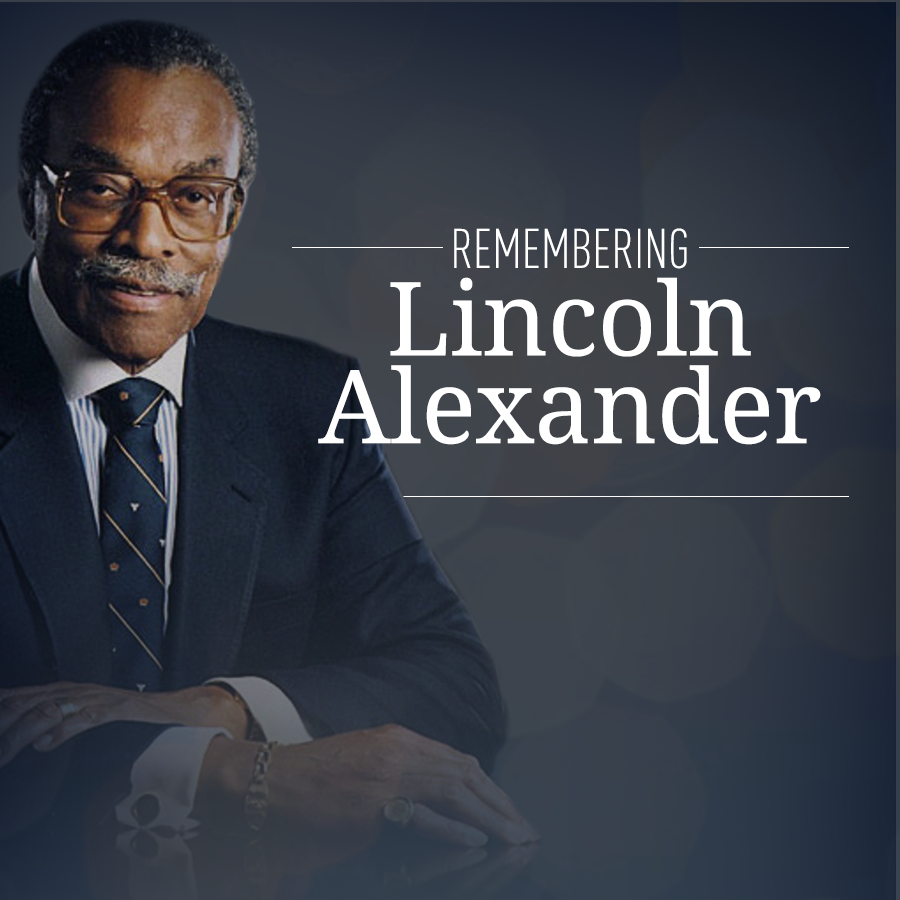 “Lincoln Alexander was one of Canada’s great trailblazers. His parents were immigrants from the Caribbean. While he was born in 1922, at a time when prejudice towards black persons was much more common, Alexander overcame every obstacle and excelled in everything he did.

“First, from 1942 to 1945, as World War II was raging, he served in the Royal Canadian Air Force and became Corporal. He then became a lawyer before he tried his hand at politics.

“In 1968, he became the very first black Member of Parliament in the House of Commons. And a decade later he became first black person to be appointed to Cabinet where he served as Minister of Labour under Prime Minister Joe Clark.

“Every year on this day, we remember Alexander’s perseverance, and his important contribution to Canada. May his impressive life inspire generations of Canadians to follow in his steps, on a path that he was the first to blaze through.”