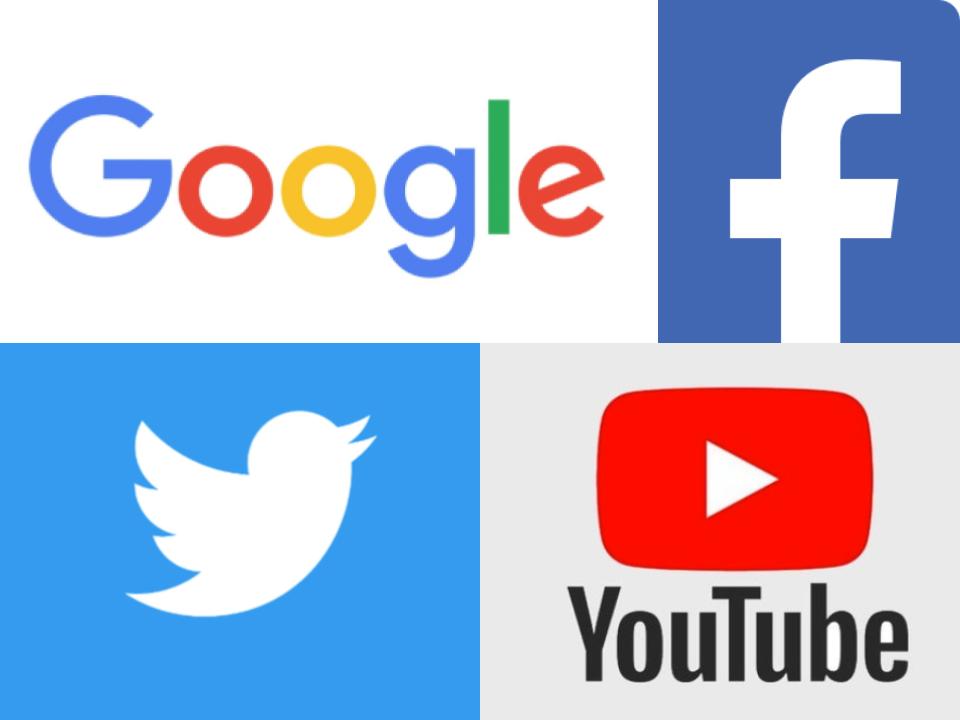 For better or worse, social media is the new public square. Of adults, 68% use Facebook, 73% use YouTube, and a quarter use Twitter. The numbers are much higher for adults under 50. Two-thirds of adults and roughly 4 in 5 under 50 use social media to consume news. Three-quarters of Facebook users are on the site every day, and Twitter users have a disproportionate influence on the media because so many journalists are on the service.

The size and scale of social media companies exploded primarily because they presented themselves as open platforms — blank slates. Google, Facebook, and Twitter all characterized their products as engines for social improvement. “We think of Twitter as the global town hall,” said former Twitter CEO Dick Costolo. “We are the free speech wing of the free speech party.”

ostolo was Twitter’s chief executive from 2010 until 2015 and the immediate predecessor of current CEO Jack Dorsey. Twitter’s general manager in the United Kingdom, Andy Yang, likewise described Twitter as the “free speech wing of the free speech party” in March 2012. Google became a multibillion-dollar company by offering a portal for free, unrestricted information to anyone with access to the internet; famously, its original motto was “Don’t be evil.” An internal Facebook memo circulated in June 2016 stated that at Facebook, “we believe in connecting people so deeply that anything that allows us to connect more people more often is de facto good.”

The public has given these three tech companies (and others) enormous power to select the information we read, share, and discuss with our neighbors and friends. We’ve gotten so accustomed to the role they play in our lives that we fail to notice that Big Tech is sifting through the available information and narrowing, and prioritizing, our choices. Although Facebook, Google, and Twitter once touted themselves as bastions of democracy and free speech, they are now openly moving toward direct censorship and media manipulation – and specifically targeting conservative ideas and personalities.

Read more at Zerohedge
Share
Facebook
Twitter
Pinterest
WhatsApp
Previous articleAirbnb Pledges $300,000 to Group Campaigning Against PAL Holders
Next articleIf The Liberals Block The Teck Frontier Mine, They’ll Be Deciding To Push Alberta Out Of Canada