Hiram Rhodes Revels –1870 On This Day The First Black Senator In The U.S. Congress 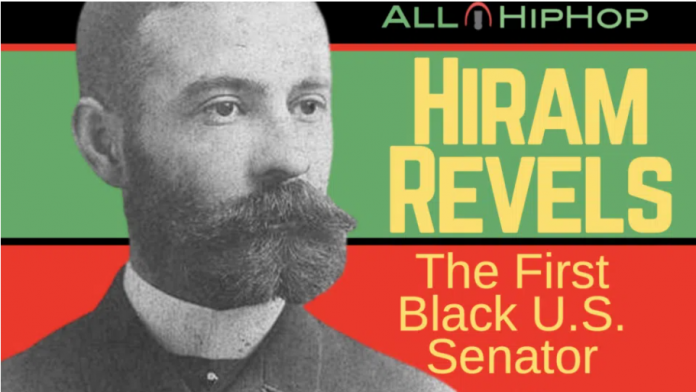 In 1870, Revels was elected in the Mississippi legislature to finish the term of one of the state’s vacant two seats in the U.S. Senate. Upon his arrival in Washington, D.C., Revels debated against Southern Democrats who opposed seating him, an argument Revels eventually won.

Before Obama made his mark, there was one man every black politician owes their debt to one man: Hiram R. Revels.

Born in Fayetteville, North Carolina, on September 27, 1827, to free people of color of African American, European, and Native American ancestry, Revels initially worked as a barber after living with his older brother in Lincolnton, North Carolina.

He was apprenticed as a barber in his brother Elias’s shop. After Elias died in 1841, his widow Mary transferred the shop to Hiram Revels. In 1845, Revels was ordained as a minister in the African Methodist Episcopal Church (AME). Hiram R. Revels served as a preacher and teacher throughout the Midwest and met a great deal of opposition, including being imprisoned in Missouri in 1854.

Revels served as a chaplain in the United States Army after the outbreak of the American Civil War, and his efforts helped recruit and organize two black Union regiments.

Read the story at Allhiphop https://allhiphop.com/blackhistory/hiram-r-revels/